My brain tends to be drawn towards random subjects that –usually- never serve any good purpose.

BUT, Saturday proved a nice change of pace when one of these interests –my attraction towards latin graffiti/street art– actually served me well. That afternoon, I met up with Cuore and Matt Fox-Tucker –more on them soon- for a graffiti tour of Buenos Aires.

Cuore (the street name of artist, Karolina) is one of BA’s most talented street artists, who’s collaborations cover some of the largest street display expansions in the city. The best part? She’s a ….well, she. One of the first females to break the mold and perceptions that formerly dominated the graffiti scene in Sud America. Matt, prominent global journalist and author of Textura Dos: Buenos Aires Street Art {check out his book here} steered us through the BA barrios to check out the biggest street art scenes.

It was awesome to see the works of Jaz and Blu right in front of me, instead of just the prints I have hanging on my bulletin board. I can’t even describe how much more vivid, detailed, and alive they appear in the flesh.

The best part was being able to see Martín Ron’s (check him out here) work in action. Matt sped us through one neighborhood in order to catch Martín in action on one of his HUGE projects before he finished for the day. His final project will portray a skateboard being pulled by animals (think Noah’s Ark). There’s some pics below of him and his assistants working. The three artists talked to us for a while about the project and even let me know some dates for when to check back on his project.

Here’s some personal favorite graffiti displays from around the city 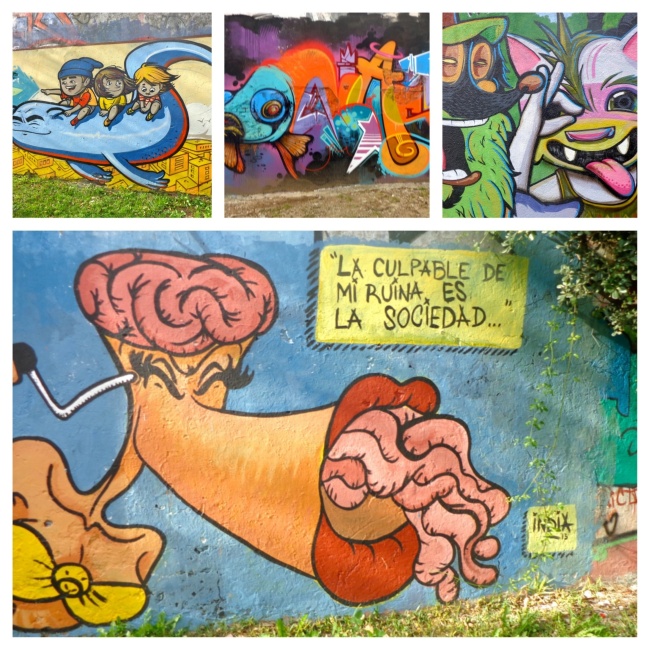 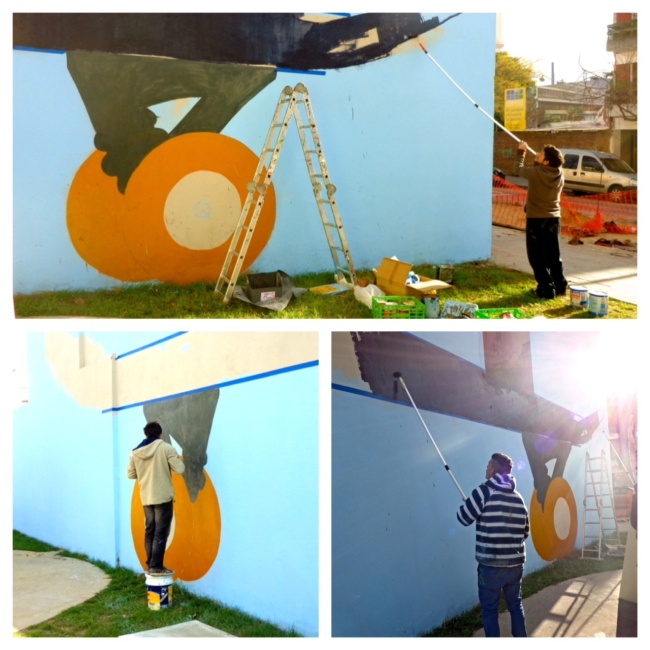 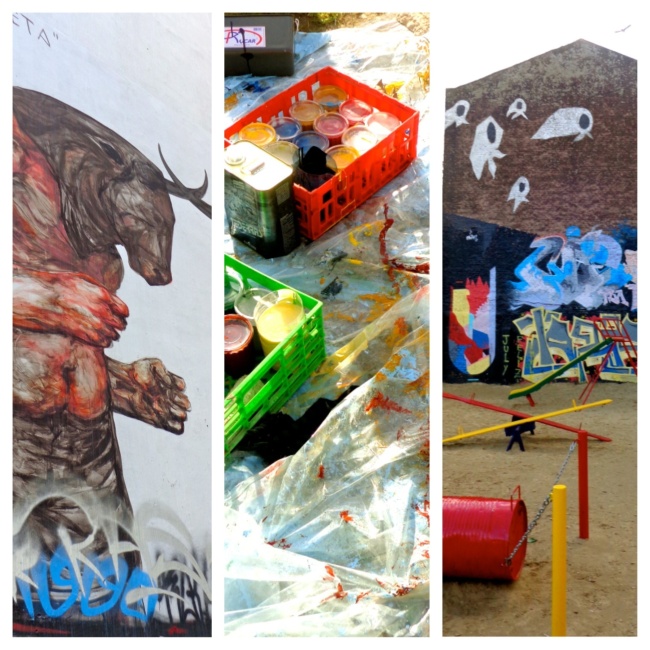 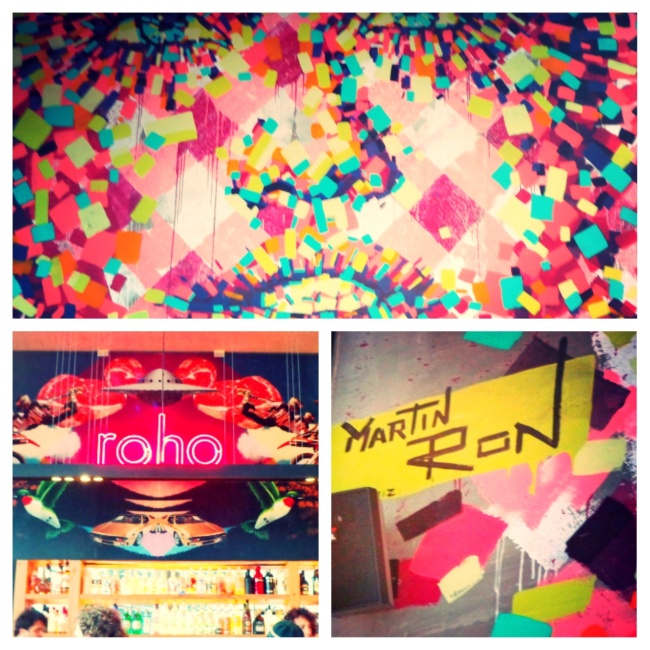